Top Theme Parks To Visit In The UK 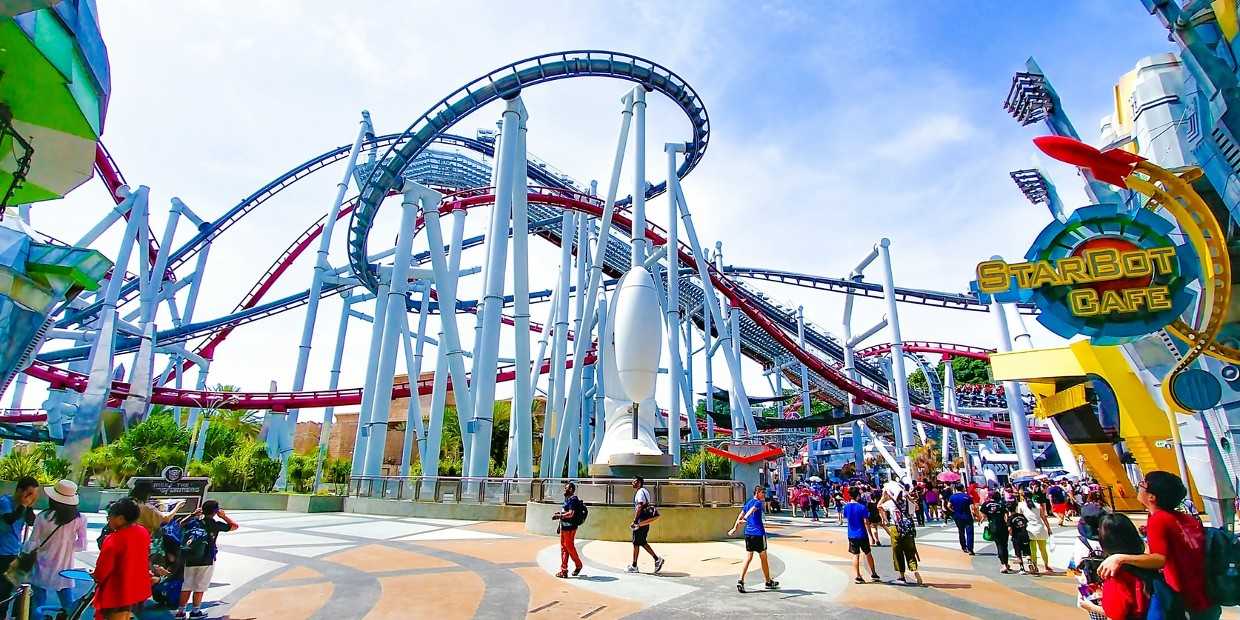 Ask a kid where they want to go and a theme park is probably one of the first places they come up with. Theme parks also offer something for kids of almost all ages from the special rides for little kids right up to the white-knuckle rides that even adults think twice about riding. Some of them even have animals as well so a double-up on the unmissable stakes. Here we look at the top 11 in the country in no particular order.

Alton Towers is the UK’s biggest theme park, located in the grounds of a 15th century country estate. It opened in 1980 and has a total of eight high-speed roller coasters, 11 thrill rides and a number of other rides including those suitable for the little kids. Add to that the new Cbeebies Land, an aquarium, cable car, monorail and even gardens to explore, there is more than a day’s worth of entertainment. There are even two hotels on the site including one that features a giant pirate ship as its downstairs area, which the kids will love.

Blackpool Pleasure Beach may be one of the most well known spots in the country but doesn’t lack for rides despite its urban location. There are 40 rides in the park including five steel roller coasters, five wooden ones and plenty of family-friendly rides as well. For the smaller kids there is a Nickelodeon Land while older kids will love the Ghost Train and Go Karts. The Big Blue is the pleasure beach hotel but the central location means there are plenty of other accommodation options too.

Chessington World of Adventures has a staggering range of things to do from the thrill rides and roller coasters to the zoo and a Sea Life centre. Nor is the zoo just an add-on – it has over 1000 animals including gorillas and tigers spread over eight different zones. One of the notable rides is the Dragon’s Fury, an unusual roller coaster that spins around a half kilometres track encasing the Land of the Dragons zone. There are two hotels within the park and a monorail system to get around.

Crealy Park is actually two sites, one in Devon and one in Cornwall. The Devon site includes a range of water rides, swinging boat and even quad biking among around 60 attractions. It is aimed more at the under 10 age group and doesn’t have the big thrill rides for the older kids. There is a Dino Jeep virtual ride that takes kids through the dinosaurs that most will love as well as a Roman themed roller coaster. A small zoo includes friendly faces such as guinea pigs and meerkats while there is a campsite next door as well as places for motorhomes.

Drayton Manor is another theme park built on a former mansion site and contains a great mixture of roller coasters, thrill rides and rides for the kids as well as a zoo. There is a dedicated Thomas Land for the little kids – dedicated to that famous little tank engine. For the older kids there is The Shock Wave, a coaster where you stand up and loop through a zero-G roll as well as a double corkscrew. There is a four star hotel on the site as well as plenty of nearby camping options.

Flamingo Land was named for the former bird residents of the Yorkshire Zoological Gardens that the site started out life being. Situated between York and Scarborough, the park is now filled with thrill rides, roller coasters, kids’ attractions and the best zoo in the northeast. The zoo has many famous animals including white rhinos, tigers and giraffes while one of the newest ride is called Hero and is a vertical position tower similar to the Air ride at Alton Towers. Accommodation on site is varied as well including everything from luxury lodges to camping spots.

Gulliver’s Land is a combination of theme park, water area, farm and a campsite so there is something for kids of all ages. It is aimed at children from the age of two to thirteen and everything is aimed at children, with no alcohol on site for example. Lilliput Land is particularly special for the under-five’s with rides such as teacups and a cycle monorail. There is no on-site accommodation but its central location means there are plenty of options nearby.

Legoland used to be one for the younger kids but not any more and most adults will admit to loving a chance to play with those famous bricks. There may not be the white-knuckle rides of many of the parks but there are plenty of great rides for the kids to enjoy and Miniland will fascinate young and old. Using nearly 40 million bricks, this is a series of detailed models of scenes from around the world with animated cars, boats and scenery included. Even the on-site hotel has a completely Lego theme to it that the kids will love.

Paultons Park is on the edge of the New Forest National Park and is home to over 60 rides and attractions as well as Peppa Pig World, a must-see for the little kids. There is a period themed garden with a real Victorian carousel contrasting with the brand new 4D cinema. There is also a beautiful African themed gardens area to explore after the rides.

Pleasurewood Hill has recently undergone a major refurbishment meaning the site now has four roller coasters as well as thrill and kiddies rides. Animal shows include a sea lion show and a parrot show so something for the animal fans. For the thrill seekers, HoBs PiT is said to be the scariest ride in the UK, travelling through an abandoned mine.

Thorpe Park is located on an island raised from a former gravel pit near both the M3 and M25 motorways. From wet rides to thrill rides and even seven roller coasters, the park is an adrenaline junkie’s paradise while the new Angry Birds Land is great for younger kids. Stealth is one of the fastest coasters in the UK, reaching over 80mph while Saw – The Ride is based on the horror franchise and is typically billed as the ‘most terrifying coaster’ including a hall of horrors and vertical drops. Accommodation comes in the form of shark-theme hotel that rises out of the lake within the park.