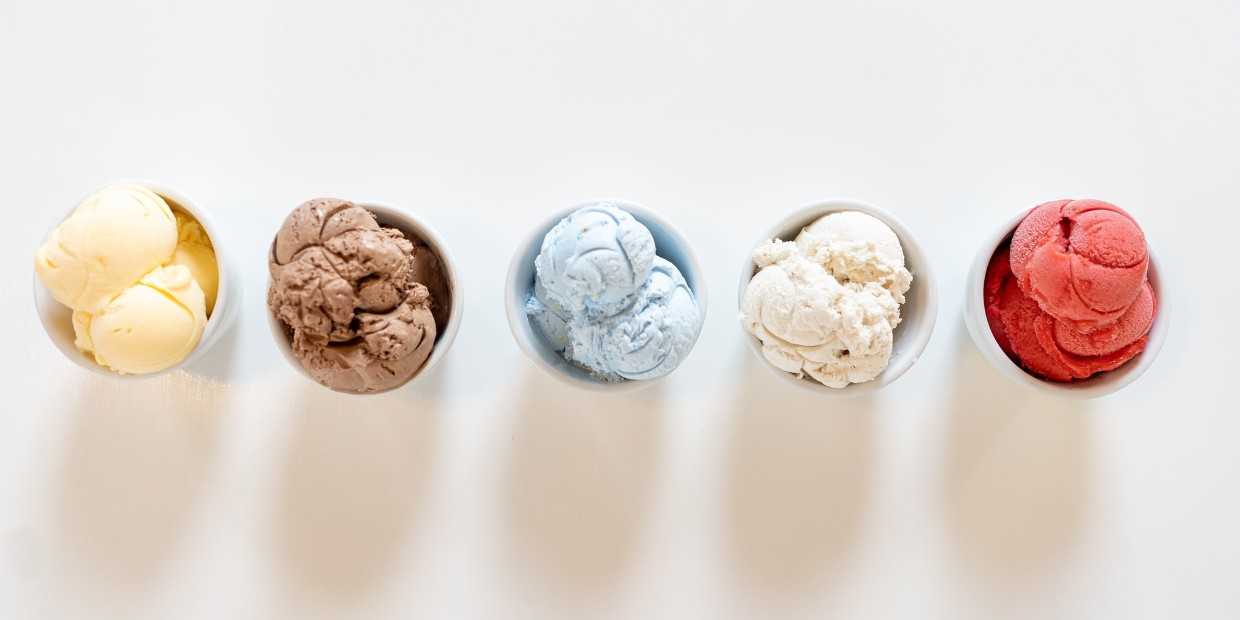 When the sun comes out and the day is warm, there is nothing more enjoyable than an ice cream or a sorbet. Ice cream is available everywhere these days from the traditional ice cream van to the supermarket. But if you want something a little special, then visiting an ice cream parlour is the perfect idea. And the UK has some of the best going.

Minghella’s is a family run business that has been making their ice creams and sorbets for over 60 years. They price themselves on the award winning quality of what they make and their new, innovative flavours. They produce only the highest quality yet have managed to make over 200 different flavours, meaning no visitor will ever be lacking for choice in what to buy. Their ranges are all made with fresh milk and cream from local farms along with natural ingredients meaning they are suitable for vegetarians and mostly for gluten-free. As well as ice cream, they stock fruit sorbets, exclusive sorbets and even cocktail sorbets for the adults with a splash of complementing alcohol in them. A visit can also include seeing the factory where everything is made and taking home something special.

Roskilly’s is an organic farm on the south tip of Cornwall that has been working on ice creams and other dairy products for over 60 years. They started out producing clotted cream in the 1960s and added ice cream to their range in the late 1980s. They opened their ice cream parlour over twenty years ago and have continued to add new products to their range since. As well as ice creams, they make fudge and yoghurts, all from the Jersey cows that call the farm home. Their range of ice creams only use natural ingredients such as fruits and nuts and they even condense their own milk for the products. The farm also has a shop to pick up a few treasures to take home with you after you have finished sampling the ice cream.

Treleavens are proud that their ice creams and sorbets have won more awards that any other Cornish producer and their range is comprehensive, stocking over 90 different flavours. They have been producing artisan ice creams and sorbets for fifteen years and most of the production is carried out by hand. This makes for denser products that taste different to machine-made ice cream and are made using only the best natural ingredients, most of which are locally sourced. Their ranges include those suitable for diabetics as well as for fans of chocolate or fruit and even a few for the adults with real alcohol in.

Mr B’s make artisan ice creams every day of the week to ensure the best quality, freshest products no matter when you visit. Formed in 2004, the idea was born when the owners realised there was an ever increasing demand for good quality ice cream. They use a combination of the best locally sourced ingredients with the finest Italian produce to make ice creams, sorbets and other treats of superb quality. Their ranges start at traditional flavours such as vanilla and strawberry then continue into modern combinations, including triple chocolate chunk with fudge. There are also plenty of refreshing sorbets such as red grape or kiwi flavoured. And the toppings mean you can have the perfect dessert with fresh sauces on offer as well as other desserts, smoothies and even milkshakes.

Otter Valley Dairy is located in the beautiful Otter Valley and is a family run business producing ice creams, sorbets and frozen yoghurts. They are inspired by traditional Italian Gelato to produce a vast range of flavours from traditional vanilla to lemon and lime meringue flavoured. They even produce ice cream cakes, ideal for special events that feature ice cream and whipping cream in a mouth-watering dessert. The dairy has won a number of local and national awards since they were founded in 2010 and make use of the best fresh ingredients. The milk used comes from the dairy itself so can become ‘cow to cone’ in a single day.

Boho Gelato offers a range of ice creams and desserts with an interesting story behind them. The company is part of Fareshare, a food waste charity that sees waste items from warehouses such as biscuits, maple syrup and juices reused into the ice cream that is then sold to the public. They also use ingredients from other restaurants around Brighton to make a range of unique flavours. These range from Battenberg flavour to a tipsy mojito and apple.

Billy-Bob’s Parlour is part of the Yorkshire Dales Ice Cream Farm and offers a range of homemade ice creams in a vintage 1950s American-style diner. Music from the time, leather booths and even an Airstream around the corner serving coffee makes for a unique venue and the range of ice creams is suitably dazzling. From traditional flavours to modern innovations such as Yorkshire rhubarb or liquorice and blackcurrant there is something for all tastes. There is also an adventure playground for the kids to run off all that ice cream on the site!

S Luca have been making ice cream since 1908 in the seaside town of Musselburgh and recently added a second café in Edinburgh, serving their quality ice creams and desserts. The root of the business came when Luca Scappaticco and his wife Anastasia arrived from Cassino in Italy in the late 1800s and learned to be a pastry chef. He later added how to make ice creams from a Swiss chef and soon opened his own business. Many years later, the family still run the business and offer the tastiest desserts to the town. Their cakes are all made from the ice cream and include a lemon sorbet slice and a traditional Neapolitan cake with its three flavours in one. There are also cakes to order for special occasions.