Family Friendly Cycling In The UK 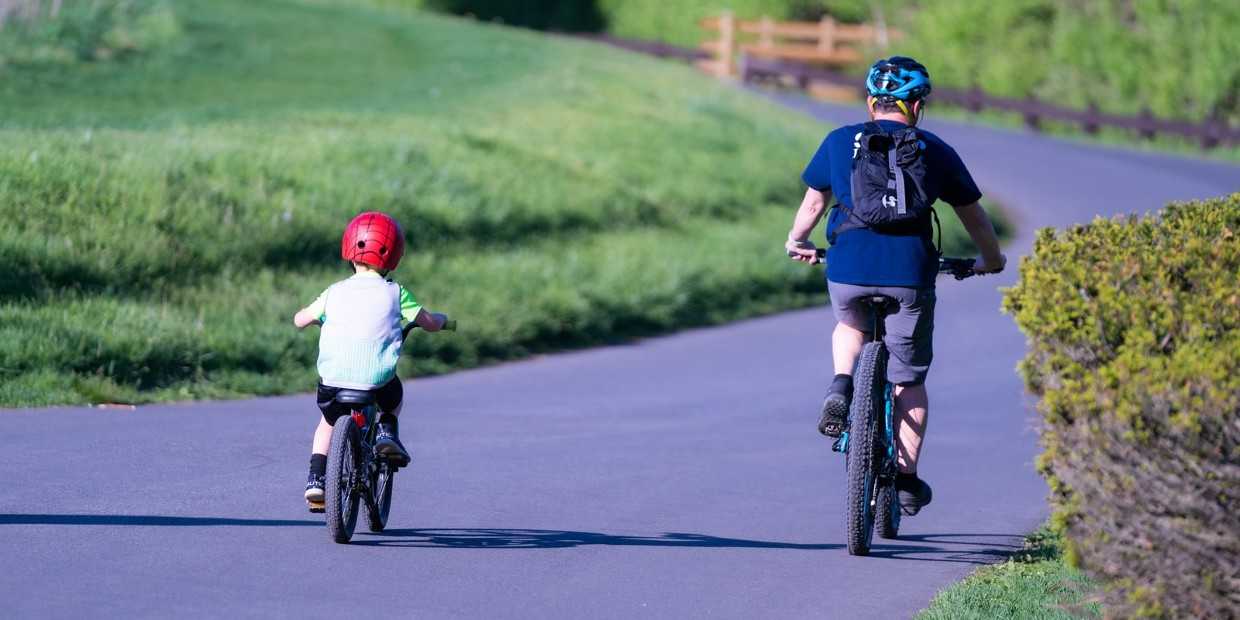 Cycling has become a very popular pastime in the UK in recent years and with good reason – it’s a great way to see the landscape, reach hidden places and get fit at the same time. It is also an ideal activity to do with the kids that lets them run off some of their boundless energy and enjoy being outdoors.

Spread across the UK are a startling range of different cycle paths, tracks and really challenging mountain bikes routes. So why not save on the petrol, enjoy the beautiful views and get in shape by doing a spot of cycling this holiday?

One of the top cycling spots in the north east is Kielder Forest. There are over 100 miles of cycle routes that start from Kielder Castle near the Reservoir of the same name. There is a Lakeside Way that covers 26 miles and incorporates the side of the reservoir while the Borderline trail is just seven miles along a former railway line, ideal for shorter legs.

Dalby Forest in Yorkshire is near the town of Pickering and is a good spot to take the younger kids as most of the rides are of shorter duration and through good terrain. The Blue trail is eight miles and probably the largest while the Ellberburn family trail is just 2.5 miles long.

Keswick Railway Path is a particularly noteworthy trail in the Lake District National Park that runs six miles along the old Keswick to Penrith route. The scenery along the route is amazing and it crosses the River Greta a number of times. There are even a few detours that allow you to park the bike and have a walk around.

The Eskdale Trail does have a hill in the middle so offers a little bit of a challenge but is eight miles through a lovely valley near Ravenglass in Cumbria. Most of the route follows a narrow gauge railway so the running is smooth.

The Manifold Valley is part of the Staffordshire Peak District and is a spectacular limestone gorge that is great for cycling. The Manifold Track covers eight miles from Waterhouses to Hulme End and offers some great scenery along a former railway line.

While the Peak District sounds challenging, not all the routes are the Tour de France standard. Tissington Trail is thirteen miles in length along a former railway line that is relaxed enough for cyclists of all abilities. There are also bike hires at the start of the route in case you don’t bring your own.

Bedgebury Pinetum is near Goudhurst and offers a short Family loop trail just 4km in length or a longer Family trail, 9km in length. It is a great place for spotting some wildlife and impressive trees and flowers that are found around the site.

The Phoenix Trail is seven miles in length and runs from Princes Risborough to Thame. Flat and smooth there is seating every 500 yards for breaks and offers some amazing views of the Chiltern Hills. It is an ideal place to take the kids to learn cycling.

The Norfolk Broads is another spot covered with cycling tracks. Route 6 is particularly good for the kids as it runs along the quiet country lanes and includes a stop at the Norfolk Wildlife Trust reserve at Hickling Broad as well as Sutton Mill, one of the tallest mills of its kind in the UK.

The Forest of Dean has a Family Cycle Route that is very flat and circular so great for all ages. It starts in Cannop Valley and covers some eleven miles of purpose built track through the forest. There are plenty of places for a picnic along the route and once it is done, try the seven mile long Verderers’ Trail.

Haldon Forest Park is near Exeter and has a short Discover Trail just a mile and a half long with plenty of resting points and fun features for the kids. The Challenge Trail is seven miles and offers more of a challenge once the shorter trail is conquered.

Dartmoor National Park is criss-crossed by cycle trails and the Granite Way is one particularly family friendly one. Six miles in length, it crosses the Meldon Viaduct for amazing views and is largely free of traffic. It also connects with the National Cycle Network route 27 for an extended trip.

The Brecon Beacons National Park runs alongside the Brecon Canal and is a traffic free route that has a working lock along the way and a beautiful picnic area. It is a lovely flat ride so perfect for shorter legs.

Y Drammffordd is a short, two mile offshoot of the longer Celtic Trail along the Pembrokeshire Coast National Park. It is traffic free and runs from the popular beach village of Saundersfoot, being well paved along its length.

Another former railway track that makes a popular trail is the Mawddach Trail in Snowdonia National Park. Nine miles in length, it follows the river from Morfa Mawddach to Dolgellau and is suitable for both cyclists and walkers. It forms a part of the Sustrans Cross No.8 route.

The Millennium Park at Llanelli starts at the Discovery Centre and runs along the coast until it reached the National Wetland Centre of Wales with its host of wetland birds and group of colourful and noisy flamingos.

The Old Logging Way in the Cairngorms National Park is famous for its rugged landscape as well as farmland and the most extensive remnant of Caledonian Pine forest in the YK. The trail is just 3.5 miles long and free of traffic running from Aviemore to Glenmore. The views of the lochs are also well worth travelling to see.

The Clyde and Loch Lomond Cycleway is an impressive twenty mile long route that runs along the shores of Loch Lomond and includes iconic sights such as Dumbarton Castle and the docks at Clydebank. There are stops along the way that allow it to be rode in smaller sections.