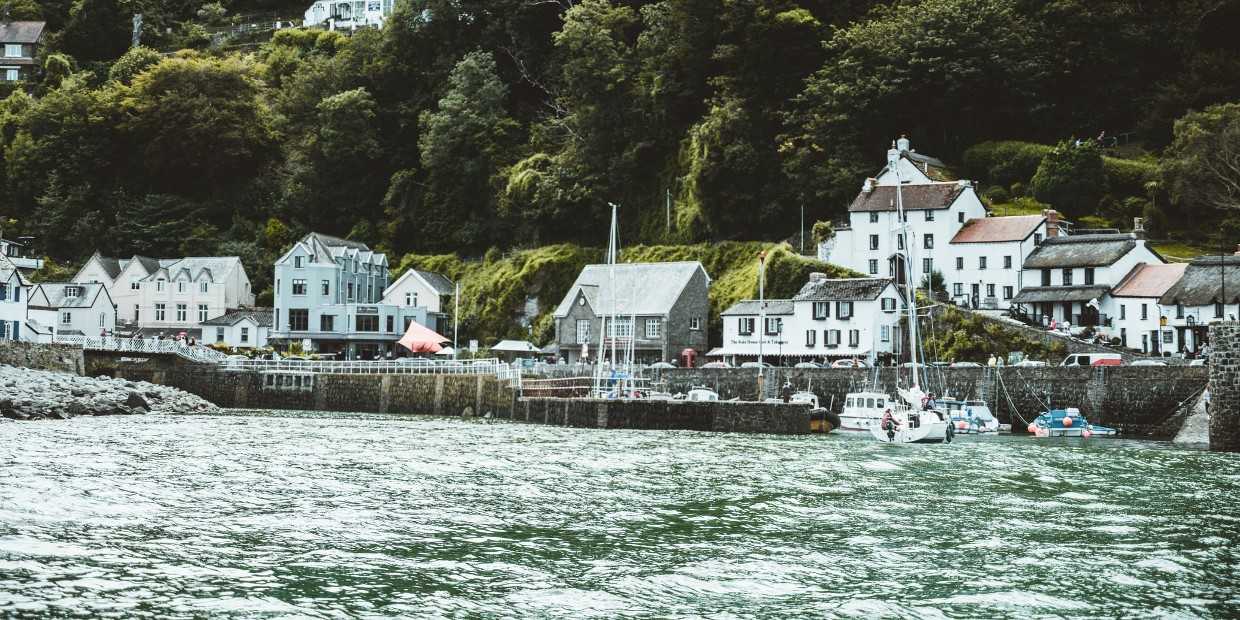 At one time, going to the coast was the normal weekend or holiday venue for families. Then the foreign holiday craze came along with cheap flights and cheap hotels and the seaside resorts saw a decline. However, in recent years, people have begun to return to the UK coastal towns and are once again appreciating all they have to offer. Here we look at ten that you must visit – although not all in the same holiday!

Blackpool has a lot to offer holidaymakers and has something for all tastes. The town is a major seaside resort on the Irish Sea between the estuaries of the Ribble and the Wyre and is most famous for its Illuminations and the Pleasure Beach. But this isn’t all the town offers – there is a zoo for the kids to see, the world-famous Blackpool Tower to climb and the Sandcastle Water Park, to name just a few. Many of the major attractions now take part in a Blackpool Resort Pass so costs can be combined to make the most out of a trip.

Whitby is a seaside town near Scarborough in North Yorkshire at the mouth of the River Esk. The town combines seaside attractions with beautiful scenery and history including the Whitby Abbey, home of the earliest recognised English poet, Caedmon. The town was a vital fishing port since the Middle Ages and is the place where Captain Cook learned about sailing. It later became famous through its connection with Bram Stoker’s Dracula. As well as grabbing some great fish and chips, the town is also a major water sports area while the annual Regatta takes place in August.

Newquay is on the Atlantic coast of Cornwall, 12 miles north of Truro. It is a natural harbour that has been exploited by man going back to pre-historic times, though the town has now expanded inland as well. There are nine great beaches in the Newquay area and this is one of the reasons it has become a major tourist location. Other attractions include the Trenance Leisure Gardens and the Newquay Zoo and the area is a surfing hotspot. Due to its location, it is also a great place to use as a base to explore the rest of Cornwall.

Great Yarmouth is a coastal town on the River Yare in Norfolk, 20 miles to the east of Norwich. It became a coastal resort back in the mid 1700s when people began visiting the Norfolk Broads. As well as the beach and two piers at the report, the market place is one of the biggest in the country and has been open for business since the 13th century. There is also the Tollhouse, believed to be the oldest civic building in the country with its spooky dungeons to visit between spells on the beach.

Worthing is along the coast of West Sussex, just 10 miles from another famous coastal town, Brighton. It was a mere fishing port until the late 18th century when it became a popular Georgian tourist spot and was the chosen spot of the rich of the time. It is now home to a thriving artist community as well as having seen regeneration in recent years to the pier, museum and the Dome cinema. A state of the art swimming centre has added to the attractions that now sees it as one of the best performing seaside towns in the country.

Whitehaven is on the Cumbrian coast between Carlisle and Barrow-in-Furness and wasn’t a traditional coastal resort. In recent times, however, development has seen the town become a more popular place to visit with millennium developments to the harbour being important. It now has a bi-annual maritime festival that includes tall ships and a flying display from the Red Arrows. It is also within travelling distance of the Lake District and its many attractions.

Mablethorpe is a small seaside town that has made itself into an appealing location for families to visit. On the coast of Lincolnshire, the town is noted for its Seal Sanctuary, taking in injured animals since 1974, as well as Spanish City Complex, theme park and an attractive promenade. The town also has plenty of long sandy beaches for some traditional seaside sandcastle building and sand-based sports competitions. It is even home to the only beach hut festival in the country, where every September owners decorate and display their huts amid music, poetry and drama.

Barry is a coastal town on the northern coast of the Bristol Channel, only seven miles from Cardiff. It is noted for its beaches as well as the Barry Island Pleasure Park. This is a complex of shops, restaurants and bars as well as attractions for the kids with the Log Flume being one of the most popular. It has been a popular place to film many British TV shows so there are plenty of familiar spots around the town while there are some beautiful cliffs nearby and even Neolithic ruins to visit.

Southend on Sea sits on the Thames Estuary in Essex and is famous for having the longest leisure pier in the world, Southend Pier. Other attractions include Adventure Island, a theme park with over 50 different rides and the Sea Life Adventure Centre where kids can see everything from tropical sharks to clown fish. A refurbishment of the Cliff Lift means visitors can travel from the High Street up a lift that has been in place for a century. There are also galleries, a planetarium and a museum for time away from the beach.

Margate is an ancient town in east Kent that has been an important port dating back to the 1200s. It was one of the Cinque Ports and became a popular tourist spot with Londoners for some 250 years. Attractions including the Dreamland Amusement Park, the grade II listed Scenic Railway and two notable theatres for some evening entertainment. There is an annual jazz festival every June and nearby the Shell Grotto is worth checking out.